This spring weather has been good to our family, we have had so many great days together with all the sunshine...I almost feel like I might jinx it if I say it out loud!!

After our fun day with Charli on Friday Chad and I had a "date"! We went out to eat and saw a movie...I am working on my list from several weeks ago :-)

Saturday was a little bit of everything - but Sunday was probably the topper for the weekend. We had the Relay For Life breakfast in Humphrey this morning. After Sunday School Chad brought the kids there. Charli sat like such a big girl at the table where raffles were. Harper, of course, was not going to sit still so he spent a lot of time being chased outside. He did make it in doors and had a great time with about 4-5 other kids who were dancing to some music! There was a girl about 4-months older than him, you could tell she had older siblings (!!), and she would just walk around "roaring" to Harper! At first Harper just gave her a funny look, then they started going back and forth!! You could also tell she has had to defend herself because anytime Harper got close she would swat at him! It was too funny to watch, I think I could have sat for hours!! They were cute!!

After naps today we tried to pack as much fun in as we could! We did a bike ride, a walk, and some fun with shaving cream thanks to Jen! (sorry we didn't come to Rising to bring you a pop instead!!) We took off for the shop where we rode 4-wheelers for hours!! It was great. If I could snap my fingers we would be living out there tomorrow...the kids are in their prime when they get to play, Chad can manage some work in, and I get to watch it all happen!! Ahhh, the dream. 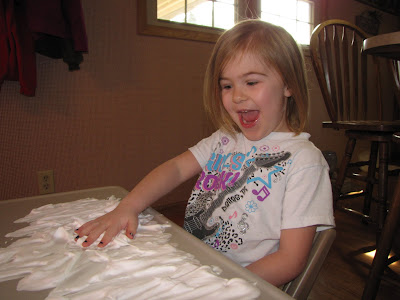 I will admit that at first this was too messy of an idea for Charli. For being a "boy" she has some really girly qualities I told her :-) 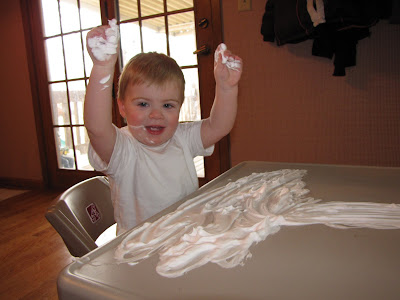 this one, on the other hand, had no problem making as big of a mess as he could! 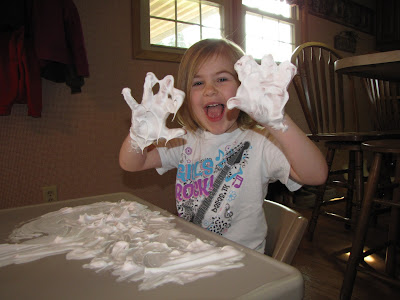 Charli jumped right in after a minute of seeing Harper have all the fun! 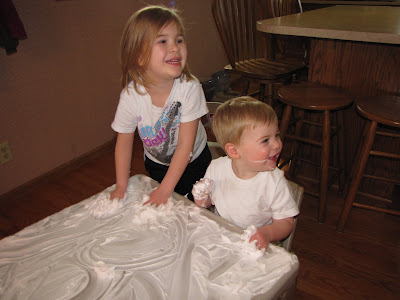 they were having a great time and got busted by dad walking in on the fun!! Chad had a hard time with this activity, Mr. Clean and all ;-) 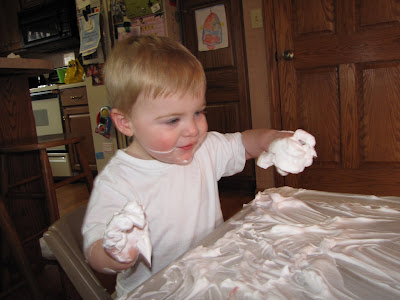 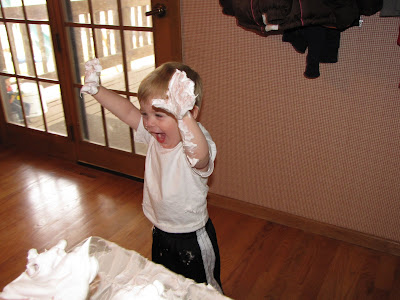 I was envisioning streaks of white up and down my walls and windows!! But, he behaved! 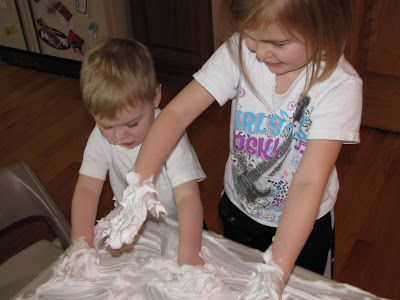 it was about 'now' that I realized none of our hoses were hooked up outside to clean our table off! oops!! ahh, details! 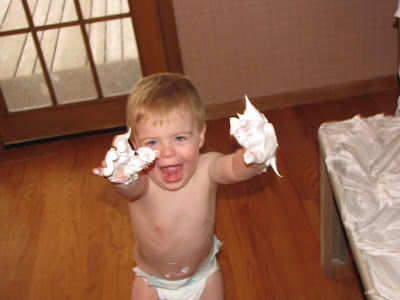 we got all cleaned up, we were ready to put new clothes on...and this is what I turn around to find! thank you for doing this before i changed your clothes ;-) 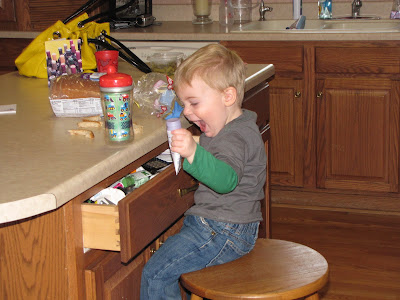 jackpot!! Harper likes to sit up and help, he just discovered the *junk* drawer!! 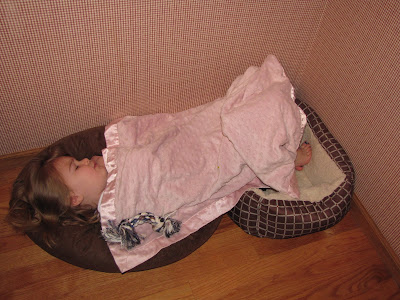 after movie night Charli was acting silly - pretending she was sleeping. We said that we were going to put her in Wynston and Kaspers bed...she didn't budge so we did it!! I think her faking it relaxed her so much that she went straight to bed that night! I am pretty sure if we left her there she would have fallen asleep!

I am so impressed! Love the pictures!

Don't believe I EVER let you play i the shaving cream!!! I must admit, though,it does look fun and
"clean"..........next they may try playing in the Cool Whip!!
Glad you found something fun to do!!!
Mom

mom, cool whip is a great idea because they can eat it ;-) They can do that when they are with you in a few weeks!!! :-)