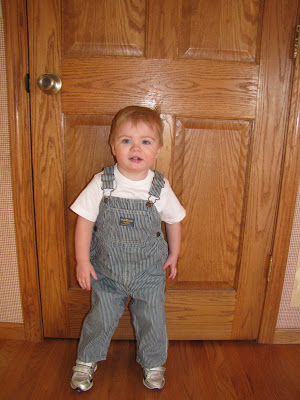 these are bibs that Charli got from her great-aunt Janelle when she was this age. This morning Harper and I were playing dress-up from his closet and we decided today was a great day to wear these. I love this picture because my grandpa wore bibs every day of his life I remember! And my "adopted" grandpa wore them every day as well!! Bibs have a special place in my family!! Chad has been busy helping people with snow and with work stuff but was home for a bit this morning - harper stole his hat and he looked just like one of the "been farming long" boys! Some of you have to know what I am talking about, right?!! 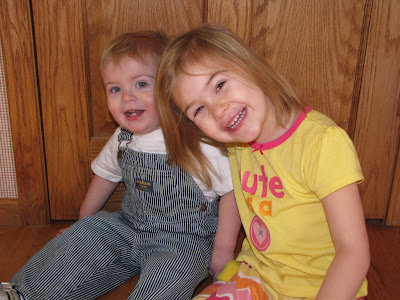 When I was taking Harper's picture, he wanted very badly for Charli to sit by him! He kept putting his arm out and saying her name (well, saying it as he says it!!) 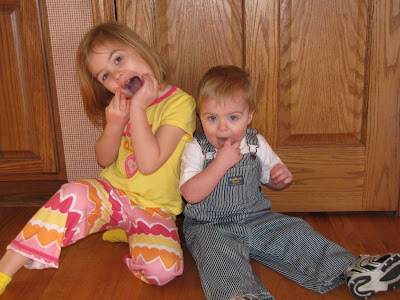 oh how quickly they pick up the "silly face" pose!! 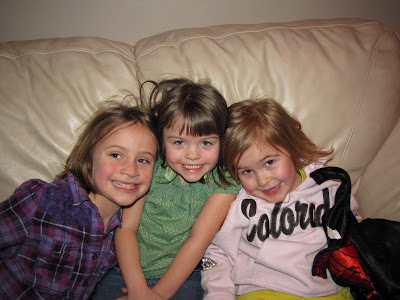 the girls came to play on Saturday - which was a lot of fun. They have a lot of fun!! They are busy and go through a lot of food and drink when they play so hard!! On the flip side, this morning Harper woke up before Charli and it was just the two of us for about an hour. I forgot how much different that can be! He was so much fun, and super easy! I got a lot done before Charli woke up!! I love how much they play together, but having them one-on-one is important too!! I hope they always love each other as much as they do 'right now'! Not to mention, it was a breeze when I wasn't outnumbered!! 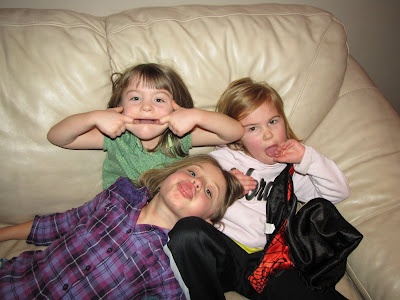 can't have a nice picture without one of these! 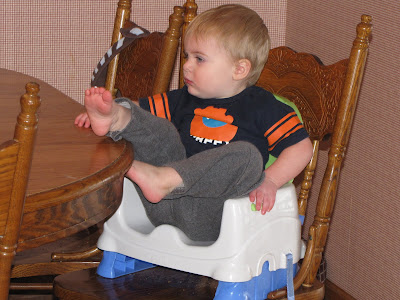 this is posted special for my dad, who while I grew up NEVER let my feet touch the table!! I get it...and as a general rule I don't let my kids either. but...I guess I must have tried it all the time, because the phrase "get your feet off the table" is ingrained in my memory!! Poor Harper will be so confused because when his dad catches him he says "feet off the table little brenda". 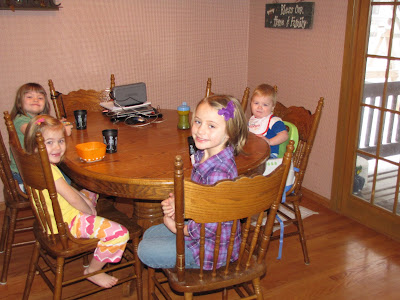 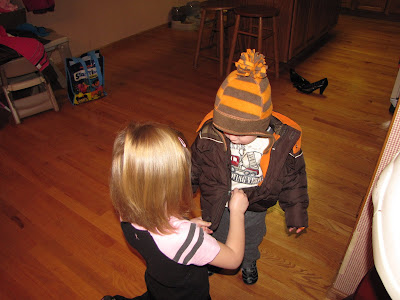 such a great helper!!! she got the coat to zip...however the zipper was broke! I know she is only 4, but some mornings she is what makes this house work!! :-)
She is so protective of him and can be such an excellent helper. Today she was an amazing help and so good to him. As a reward she got a few peanut butter m&m's after lunch. She split her last one in half to share with her mom and her brother...because "we didn't have any". Ahhhh....