This weekend, for the first time, I had a girls overnighter! I met my friend Courtney (Landon's mom) in Omaha for a fun night out! We each had some shopping to do before we met up in the afternoon. We met and chatted (aka showed our shopping loot) and headed down to eat. We stayed at a casino, and went to a concert at another casino.

While we were eating I decided to look up who the 3rd band was at the show that night, and quickly realized that it was an OUTDOOR show! WHAT?!!! It wasn't snowing (yet) but it certainly wasn't 80's and hot!! So, we took our coats and tuffed it out! It really wasn't bad, and the shows were GREAT! We saw Carolina Liar ("show me what I'm looking for"), One Republic ("Apologize") and Rob Thomas (numerous songs!!). It really was a great show. It was a concert without a lot of flash because they are just truly good artists. I had a great time and can not wait to do it again!!!

Thanks Courtney for coming for the night out - and thank you Chad for taking such great care of the kids while I was gone...and letting me know that the only one who missed me was Wynston (one of our dogs)...while everyone else was just happy to have dad all alone! :-) 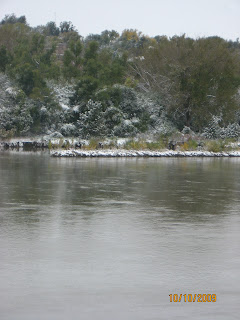 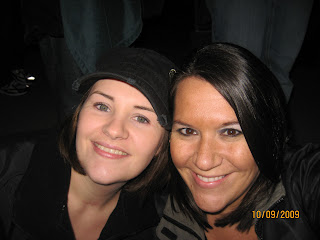 "rocking" the Rt hat from the night. I thought Courtney was a good friend until she told me that the hat looked good on me!! 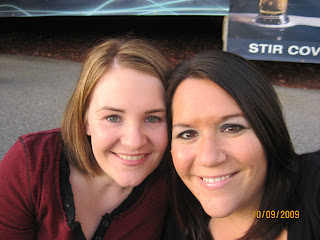 I am not 100% sure why I thought that we would look so different in each picture! But, for some reason I felt the need to take 15 of them...practiclly the same each time!! (I think it had something to do with the beverage of the night) 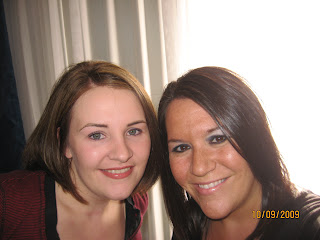 before the show :-) I was told to add that I am not exactly as white as I look...Courtney is part indian, and that is why I look so pale - much like death warmed over :-) (and, the indian part is true, so please no one take offence!)


A 'lil diddy by Rob Thomas!! I am not a real steady shot...I was too busy enjoying the show!

Courtney was right...you DO look cute in your hat! Glad you had a good time!!

If only I knew of the bands ... I am sure my students would think that was cool that you went! At least I have heard of the band Rob Thomas sings for ... I Vic and you talked about all the time.

So glad you and Courtney had fun! The concert sounds great!

I am glad you had fun:) I think your hat is cute on you!!
Jen

Well, well WELL! Who are these cute girls you posted pics of?? WAIT! It's US!! :) See, everyone likes your hat! I can't believe you thought I wasn't telling you the truth! Thanks again, I had sooo much fun! Next year we'll go again!
XOXO
Court