Go Big Red! Half of our house really enjoys husker football, the other half couldn't care less. It just so happens that the girls are all about the games, and the boys would rather play in the dirt! We were lucky enough to have Grandma Jody and Grandpa Bob keep the kids so we could watch the game with friends this weekend. Charli gets so excited to wear her "go big red husker" shirt, and loves that Harper has one to match! They even went to a Husker party to watch the game, and she loves to tell me that too!

I don't think I mentioned before that Harper got two more teeth last week, which means he doubled his teeth in the last 10 days! He now has a mouth of six teeth...pretty average now :-)

Have a great week ya'll!! 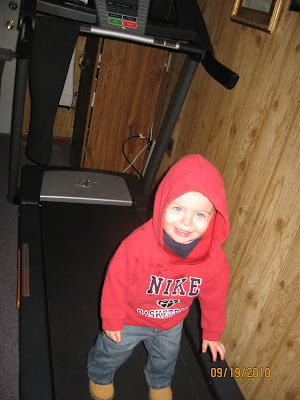 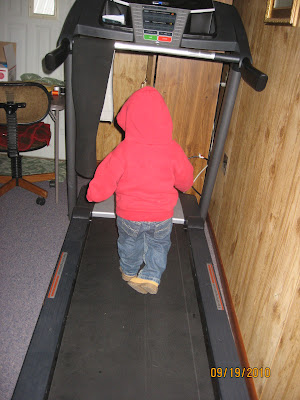 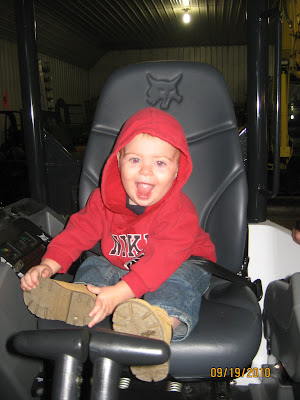 the only good time to get a real - genuine smile from Harper is to put him on a piece of equipment! 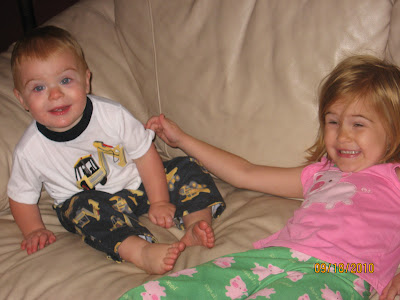 teamwork! these two are bu-sy in the mornings!!

such a lovely family